Coronavirus can be mild, say patients, but fear of passing it on weighs heavy

Coronavirus did not compare with 45-year-old Dane Jakob Tage Ramlyng's worst bouts of flu. It was mild. His greatest concern was not passing it on.

The journalist, who was isolated in Copenhagen away from his family until he was declared virus free by doctors, was the first person in Denmark to test positive for coronavirus after returning home from a holiday in northern Italy.

"I had very few symptoms, and it was only headache, stomach illness and cough, throat and pain in the throat. It took like five or six days to get rid of all the symptoms," he said.

"I was never hospitalised. I didn't receive any medicine, because I was fine, it was not like it was very bad for me, as it is for many other people."

Coronavirus has been most dangerous for the elderly and those with underlying health conditions. Knowing it can be fatal for some made Ramlyng particularly anxious about passing it on.

"I prefer to stay home, a week or two more, or even longer, if I can prevent anyone from getting this disease."

Nil Monro, 22, a Spaniard who defines himself as young and healthy, tested positive for coronavirus after returning to Barcelona from Milan Fashion Week.

Speaking to Reuters, he, like Ramlyng, wanted to reassure people the symptoms can be mild.

"The symptoms I'm having are like a normal cold, like a flu. I had a little bit of fever, headache, general discomfort, but anyone would have thought it was just a cold."

He started noticing symptoms when he got back to Spain, called the emergency services who told him to go to hospital for a test. After testing positive he was quarantined.

"I would like to reassure people. If you are young - follow the authorities' recommendations. And if you are an older person or a person with a previous illness - then take more precautions. Try not to attend big events and try to have very good hand hygiene," he said.

Claudio Cancelli, 65-year-old mayor of the Italian town of Nembro in the province of Bergamo, near Milan, also has coronavirus. He says his town of 11,000 people has the most cases in the province.

"Luckily, my case was absolutely positive because, after three days of high temperatures and simply taking some antipyretic (fever remedy), I no longer have symptoms.

"Today I'm well, and I have been well for six days so far, and I'm working for my town and I play my role as mayor."

Every day the health authorities call him at least twice to ask his temperature and how he is feeling.

"I will stay in my house for about 14 days ... I live in a separate room in my home and I use a separate bathroom. My two family members - my wife and my son - live in the other part of the house but they are subject to the so-called quarantine too. Luckily they are fine, they don't have any kind of symptoms." - Reuters

VIDEOS: How to make the best use of a bad situation

'Mulan' to skip most movie theatres for streaming

Portia de Rossi speaks out as criticism of Ellen mounts

Invention for a cause

Invention for a cause 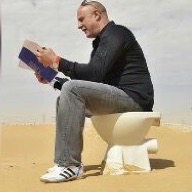